A forum for DIY, cars, pets and all things related to home life
12 posts

Kicking myself for not realizing this sooner, but hey, live and learn.

Bought this house back in 2017.
Started what I thought would be a relatively easy plastering and painting job the other weekend.
Planning to paint over most of the wallpaper in my house with a fresh color. I got some samples and tried them out, to make sure the current paper doesn't bubble up and that the paint doesn't flake off. All seems good.

A couple of areas of wallpaper were looking shoddy, and curling up at the edges. I decided to strip off those sections completely, and then plaster over the existing drywall to make it look the same as the wallpaper. However, I discovered that the drywall underneath the shoddy wallpaper areas was also a bit shoddy. So I removed those drywall sections too.

Discovered some old rot from rain getting inside in the past. I go outside and realize that the area in question consists of a wooden post with some metal cladding on, which they call 板金 (bankin) in Japanese. I pull off all the cladding with a crowbar to discover two rotten posts and a section of rotten beam! I wish I had thought to check when I was staining all the other exposed timber a couple years ago.

Evidently the previous owners had a veranda which, I'm guessing, rotted away and fell down, or they had it demolished. What they failed to do, however, was treat the mess caused by water getting into where the veranda connected with the house. They just covered it up with this cladding.

So now I need to replace two posts in their entirety and also remedy a 4.5 meter section of beam.

The posts can be switched out relatively easily, but the beam ain't going anywhere. It would probably cost me more than the flippin' house to have that beam taken out and replaced.

I called some local "reform" companies and was quoted over one million yen for the repairs! I know for a fact you can buy new "sugi" wooden posts in my local DIY store for around 5000 yen each! WTF?!

Anyways, I was put in touch with a local repairman/painter/carpenter dude. He said he could do the repairs for under 200,000 yen. He's going to replace the two posts. For the beam, he's going to cut back to healthy wood and then put in new planks to build it back up. The beam is about four inches thick, and the exterior two inches or so are all rotted. As you can imagine, the cavity needs to be smoothed out with a chisel or router, as some areas have rotted less/more than others, resulting in a very uneven, bumpy surface. After digging out the rot, treating with some anti-fungus/rot/mildew stain, and putting in the new wood, he'll bolt all along the section from inside to out with 10mm bolts and nuts.

I'm pretty amazed one of the posts is still standing! It's pretty much crumbly powder when you touch it! I have put in a support post inside the house just in case (although it's evidently held up until now by itself).
My repairman said he just needs the interior drywall removed to be able to remove the posts. I can do this myself to save his time and my money. Similarly, I can put new drywall back after he's finished. He will also have to remove the section of wall (inside and out) above the patio doors.
The company which wanted to charge me over a million yen said they would need to take out not only the inside walls, but also the outside. They also wanted to bolt a steel frame to the beam as they think wood wouldn't be strong enough. 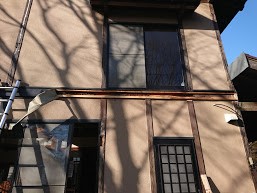 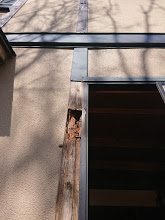 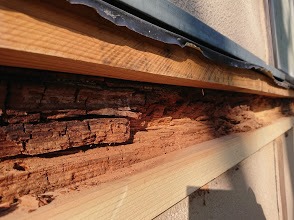 I don't have any specific advice to give but agree with you the company giving an astronomical quote are charging way over the top. They are probably used to folk not giving it a second thought and just paying exorbitant prices or doing it through building insurance.

It's always nice to find a craftsman that will work with you and let you do as much as you are able to reduce costs and that's always a nice opportunity to learn from them should you ever need to tackle something similar in the future. The carpenters that built our house and cafe were more than willing to share their knowledge and from that we were able to build our work shed all on our own.

I guess you can clear out as much of the rotten wood on the beam yourself if it is flaky, can you remove the exterior and interior walls just before he is due to start work ?
Top

The company’s response sounds standard for Japan. The repairman/carpenter’s plan sounds good. I’d also have a look at anything below and surrounding the damaged area. Sometimes you don’t know what you got til you open things up and have a look. Fortunately drywall is cheap and relatively easy to replace. I’d definitely mage sure any damaged wood is removed as much as possible and replaced or reinforced. The level of reinforcement required will vary depending on the load and span. Wood that’s still Structurally sound at wood that was in contact with the rot should be treated too. Car engine antifreeze is one redneck giterdun solution.

I had the work done at a total cost of 160,000 yen. Took two guys four days. They replaced the two rotten posts, hewed out the rotten beam as much as they could until they reached sound wood (in one place it was pretty rotten most of the way through, four or five inches!), treated the sound wood with an anti-fungus stain, put in a new beam in the cavity they had hewed out, bolted the new beam in place, replaced the rotten framing wood inside the house, put new siding above the patio door, and finally stained all the new wood.
I think they did a great job for the price, and considering they were both pushing 70 years old!

Check out the state of the two posts which were removed either side of the patio door! 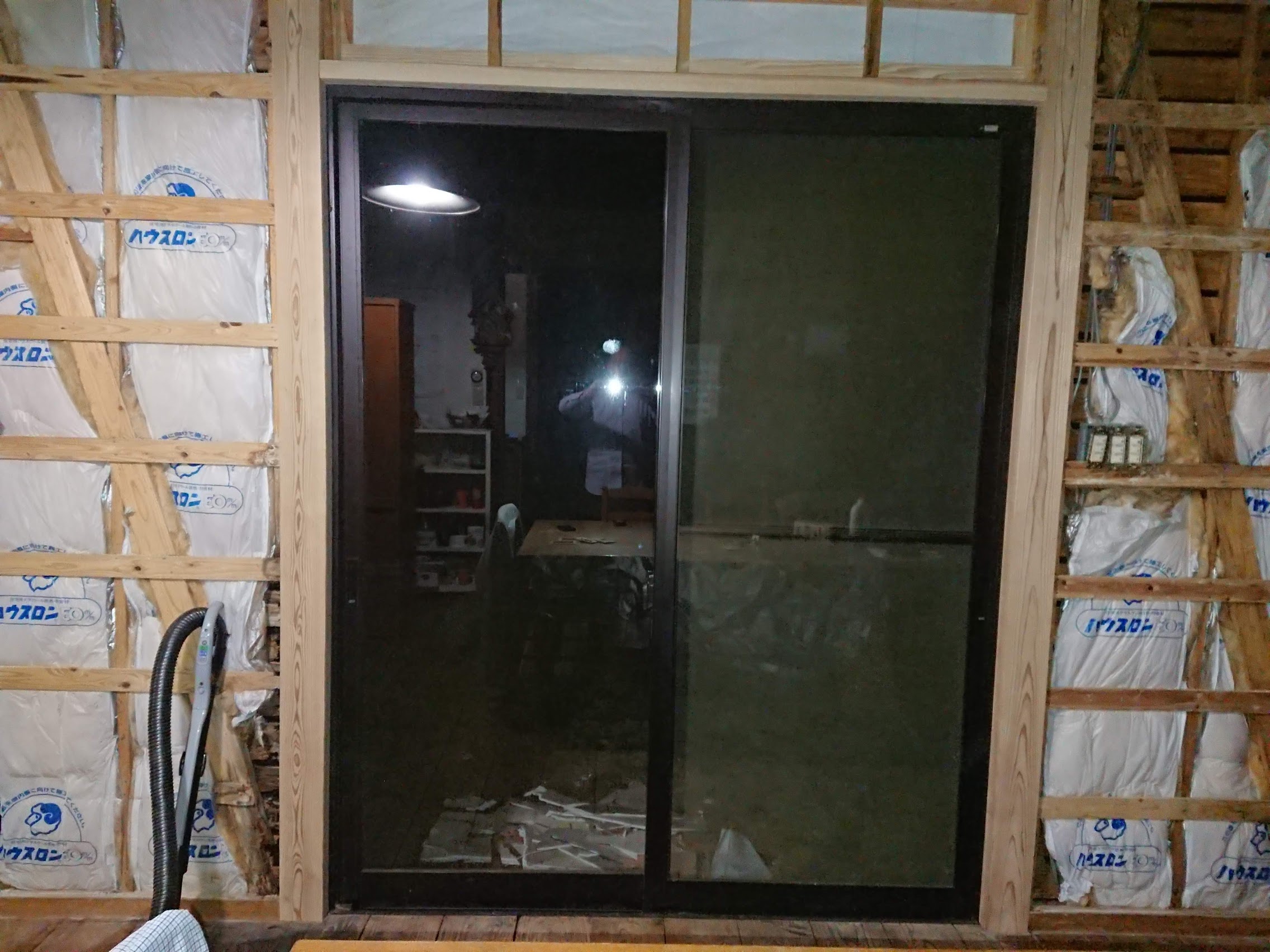 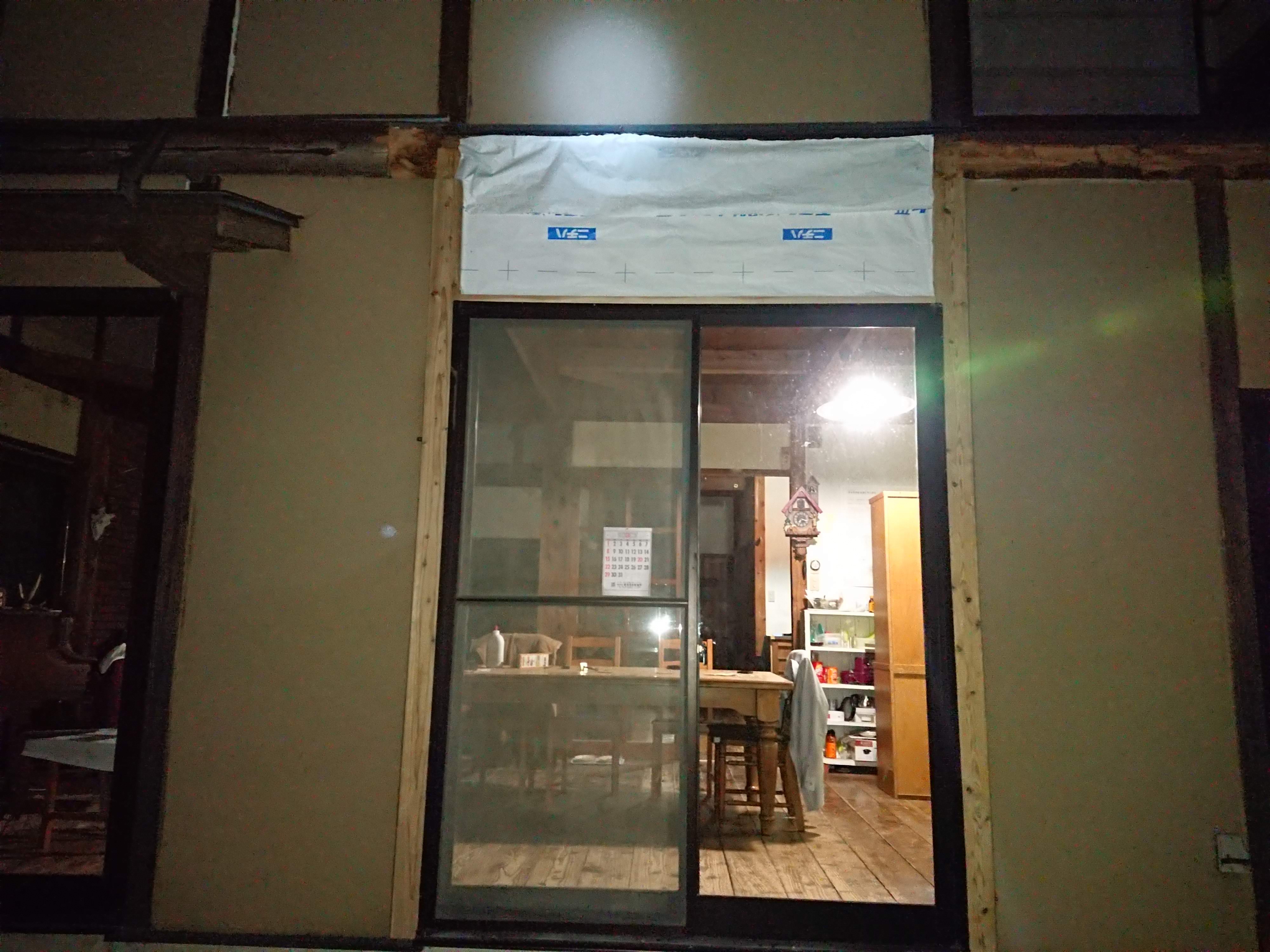 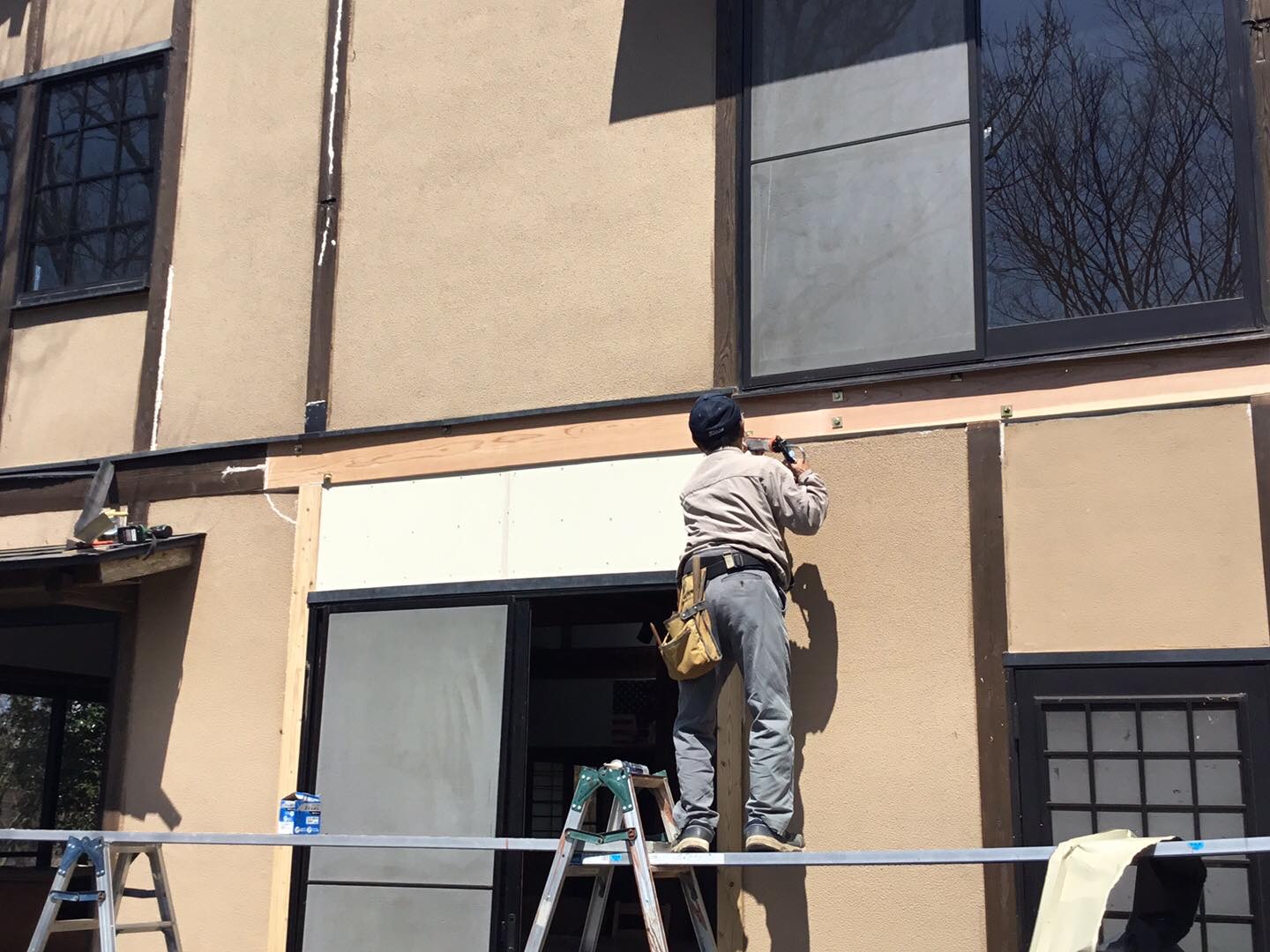 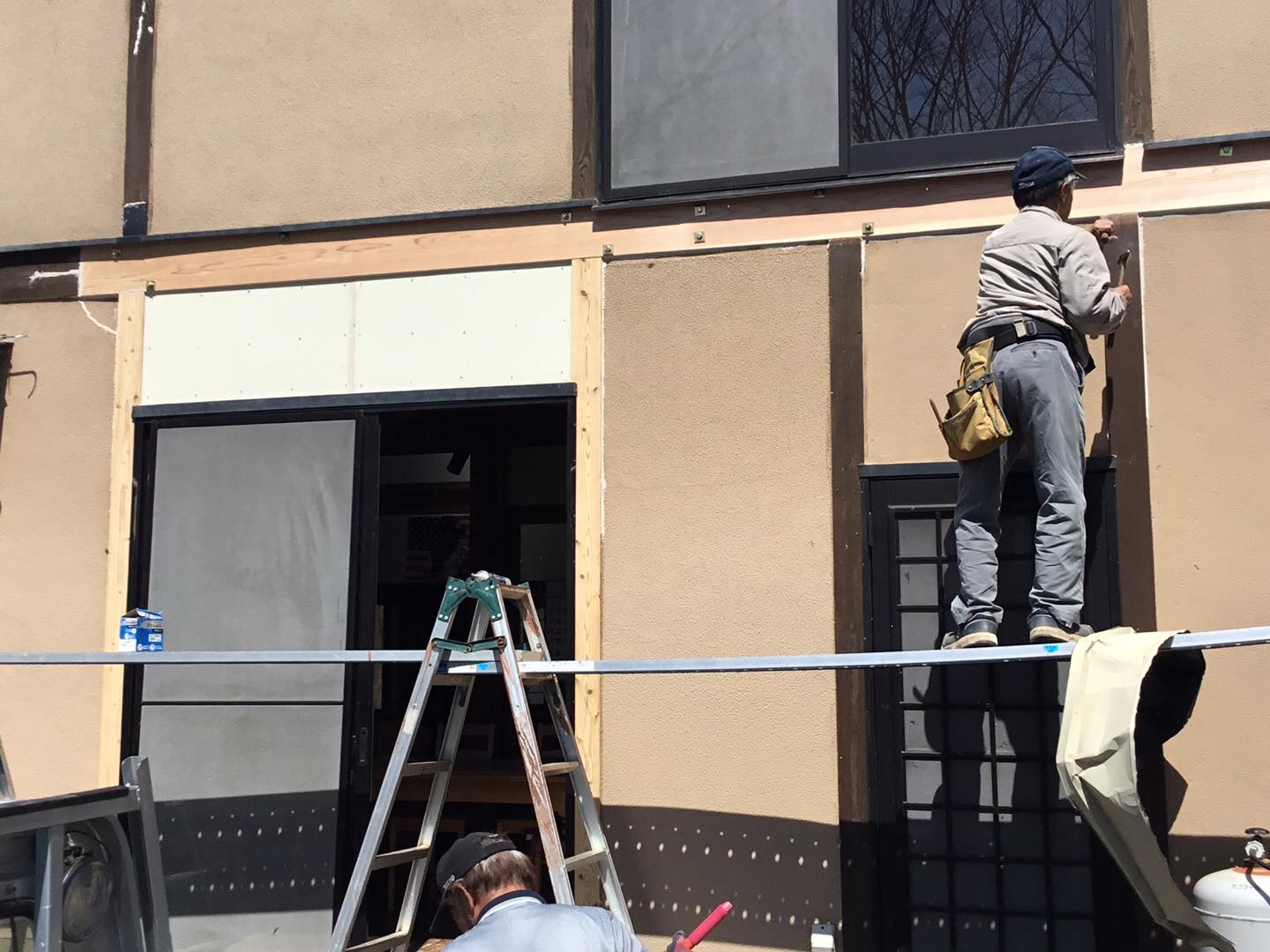 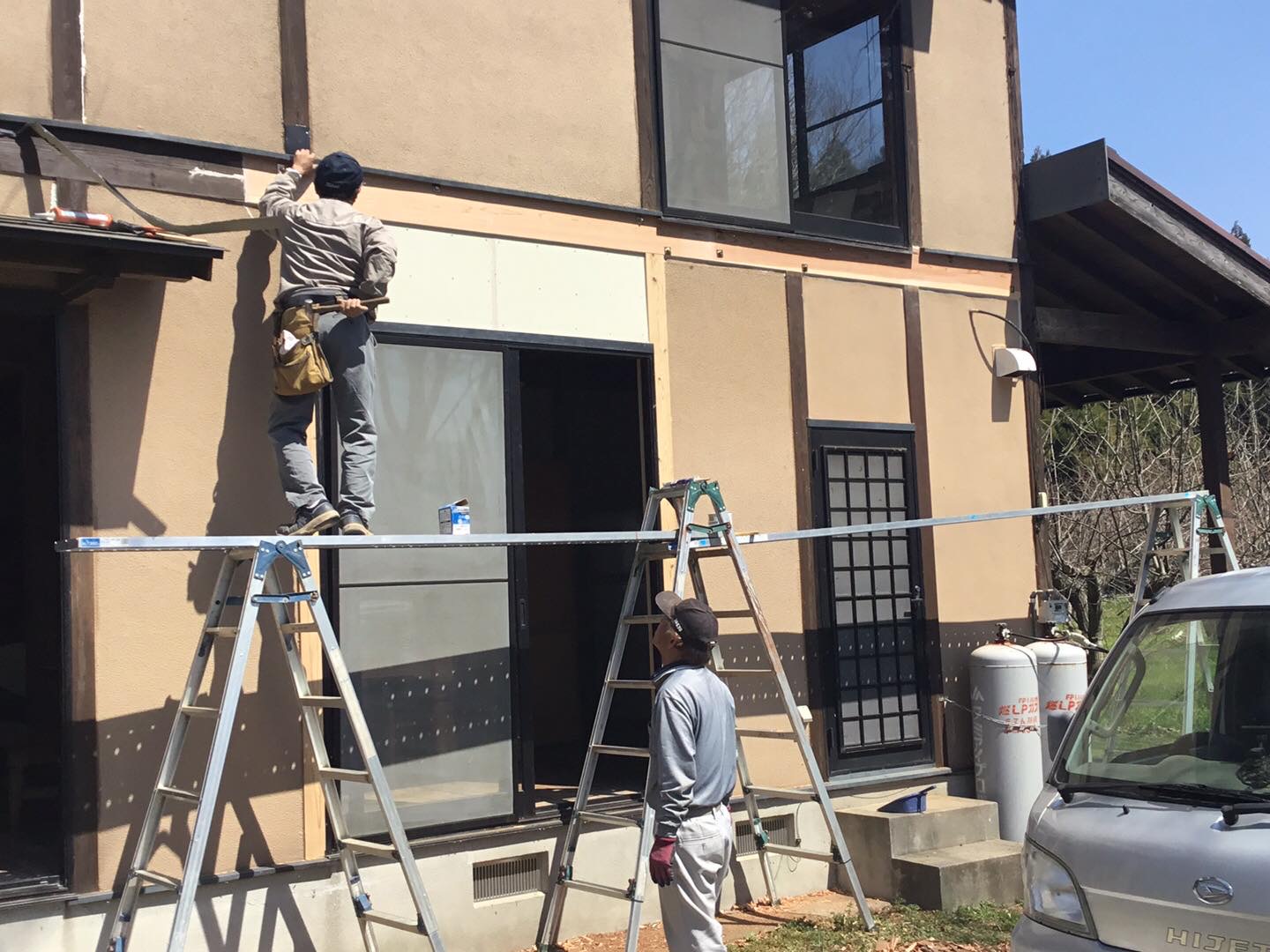 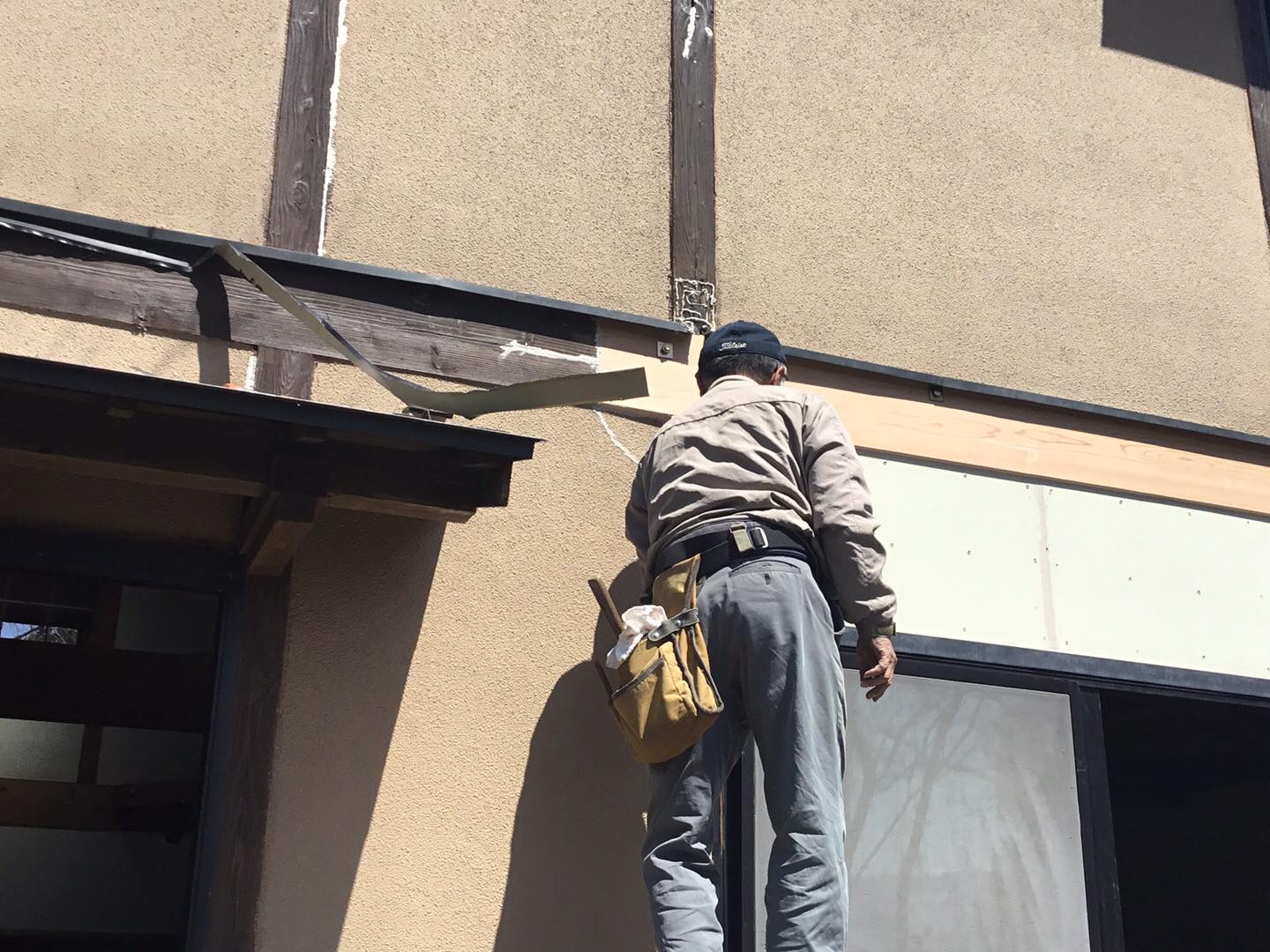 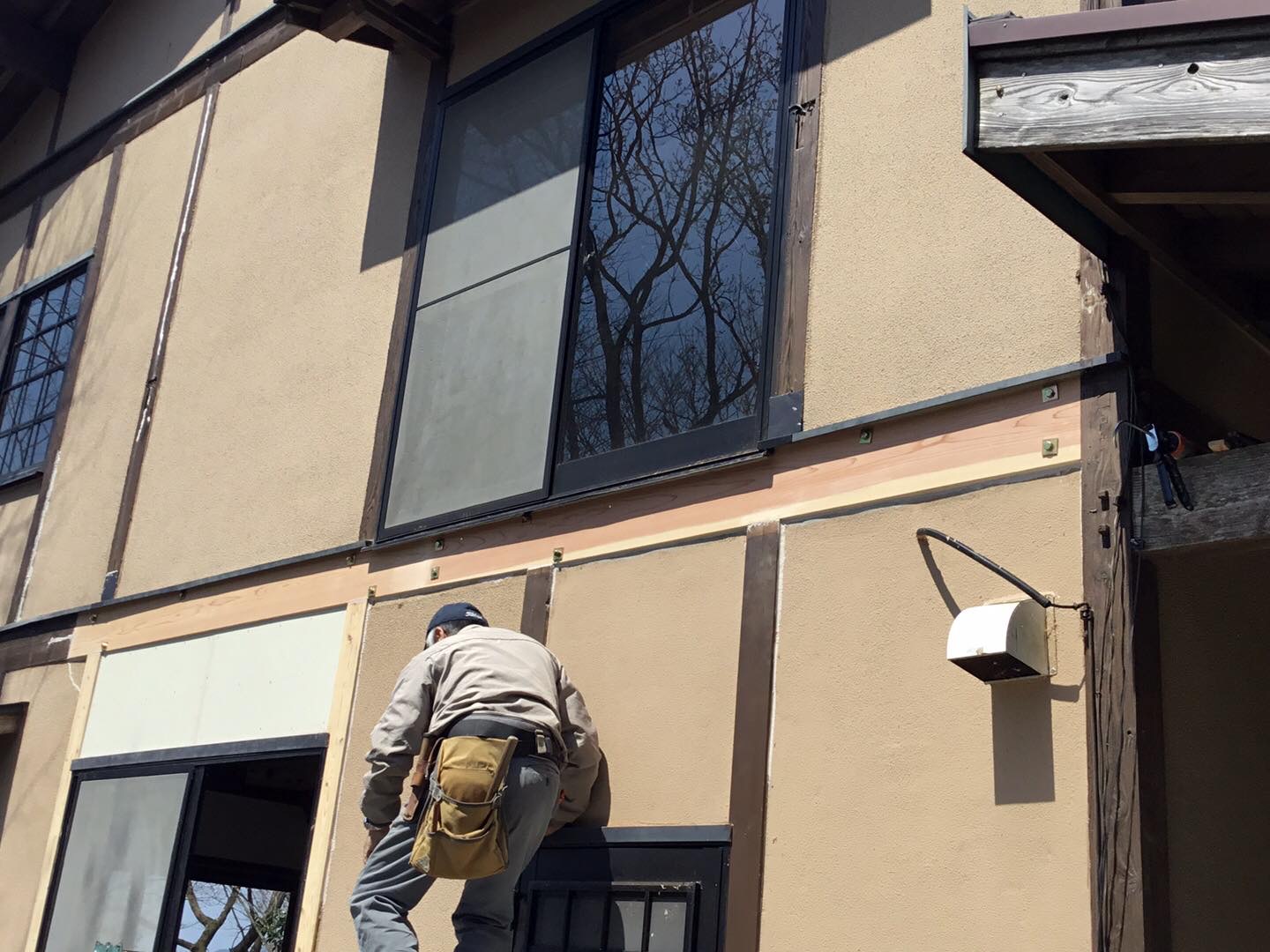 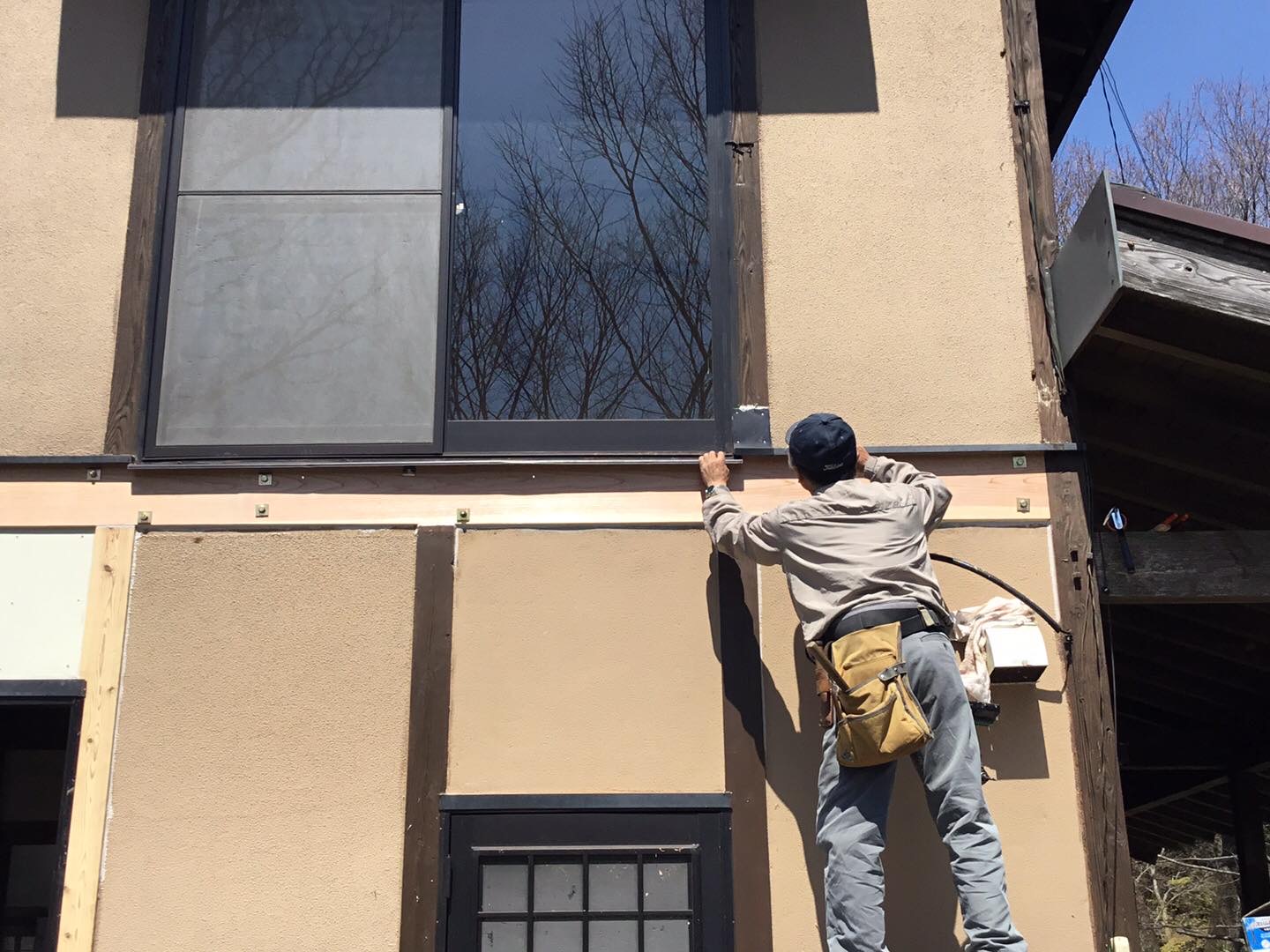 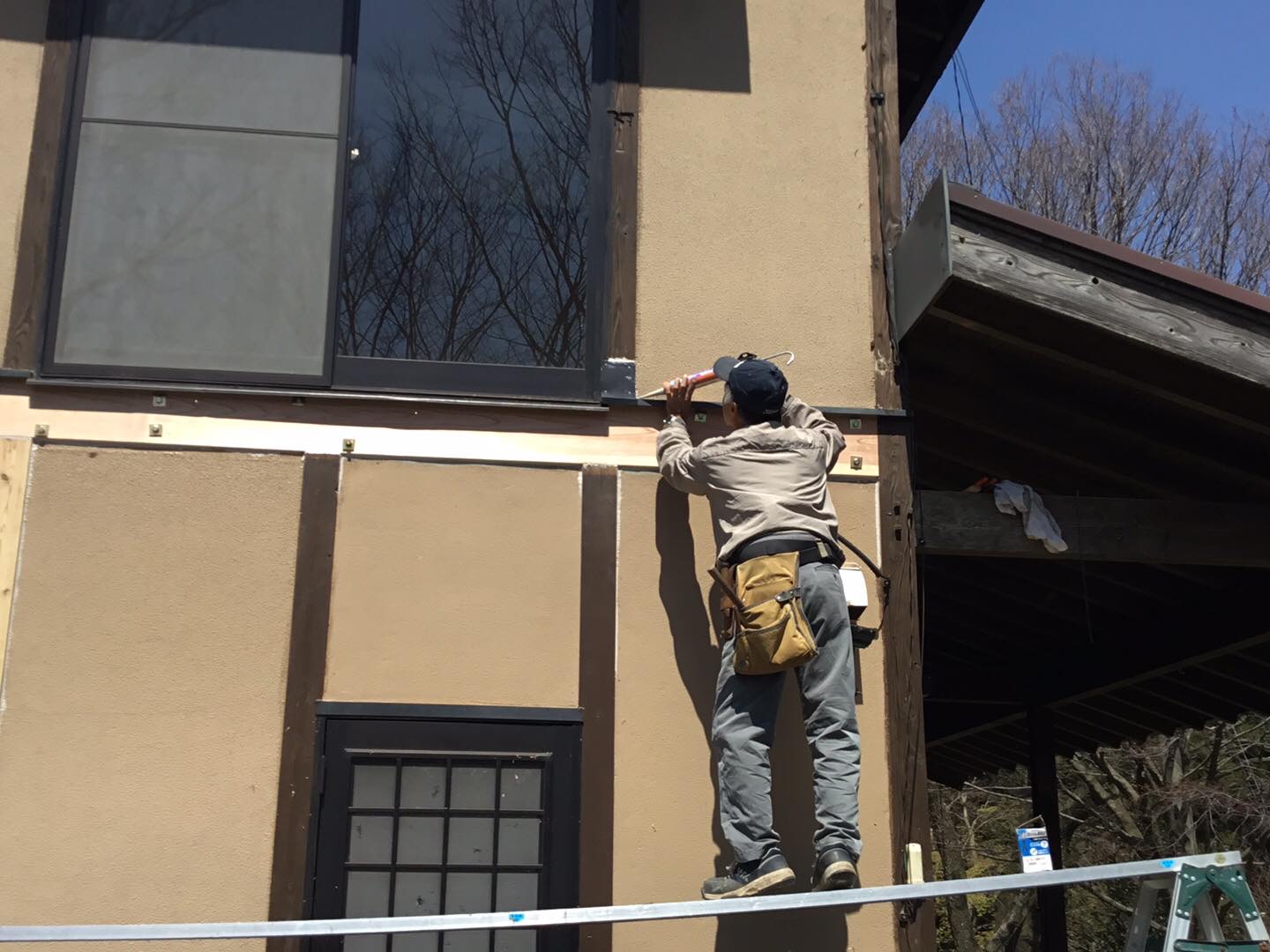 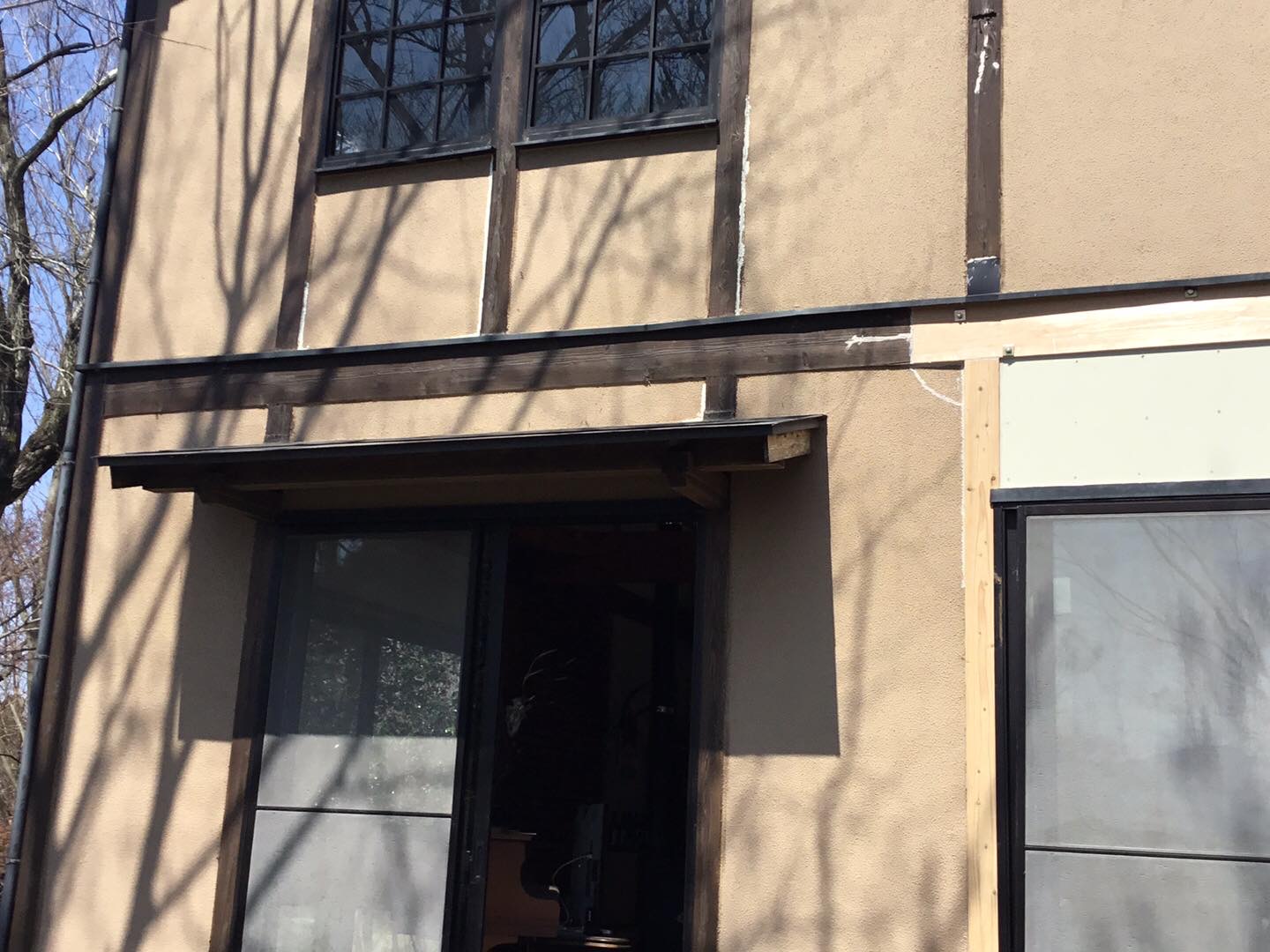 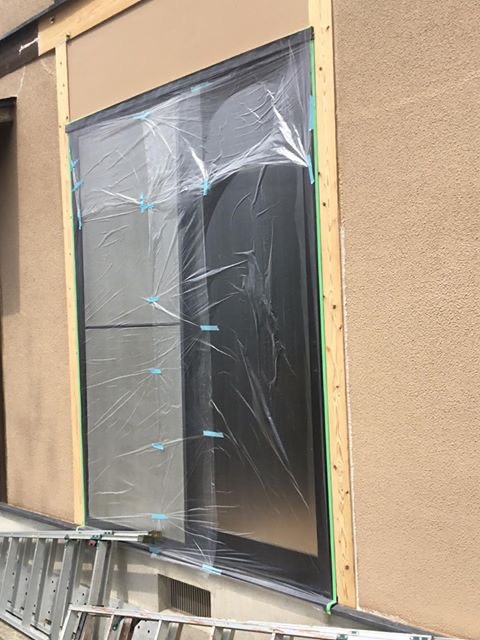 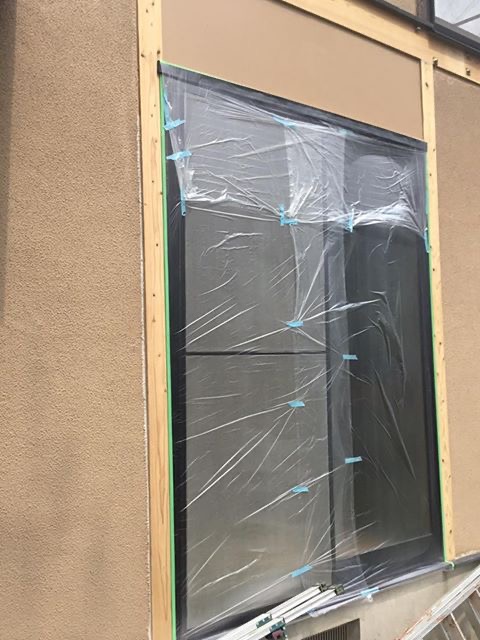 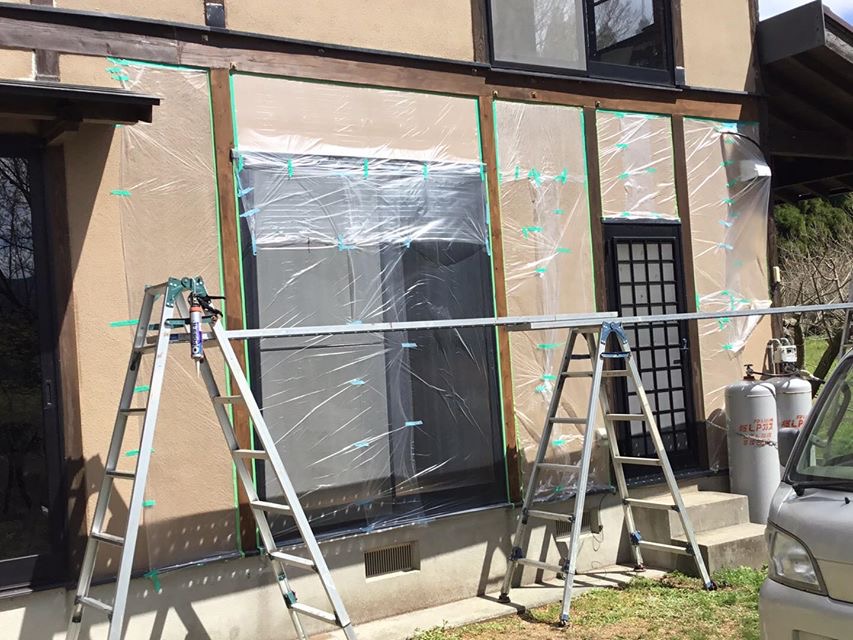 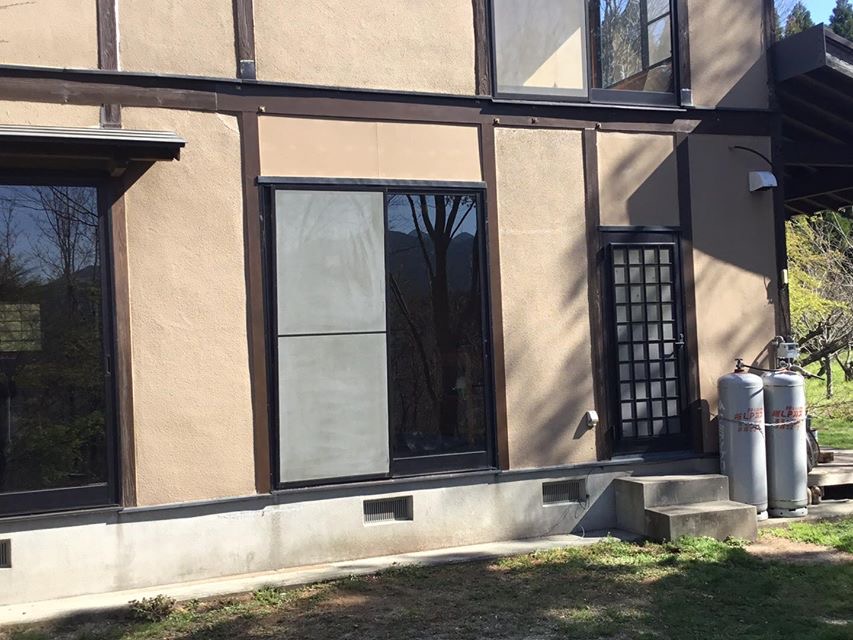 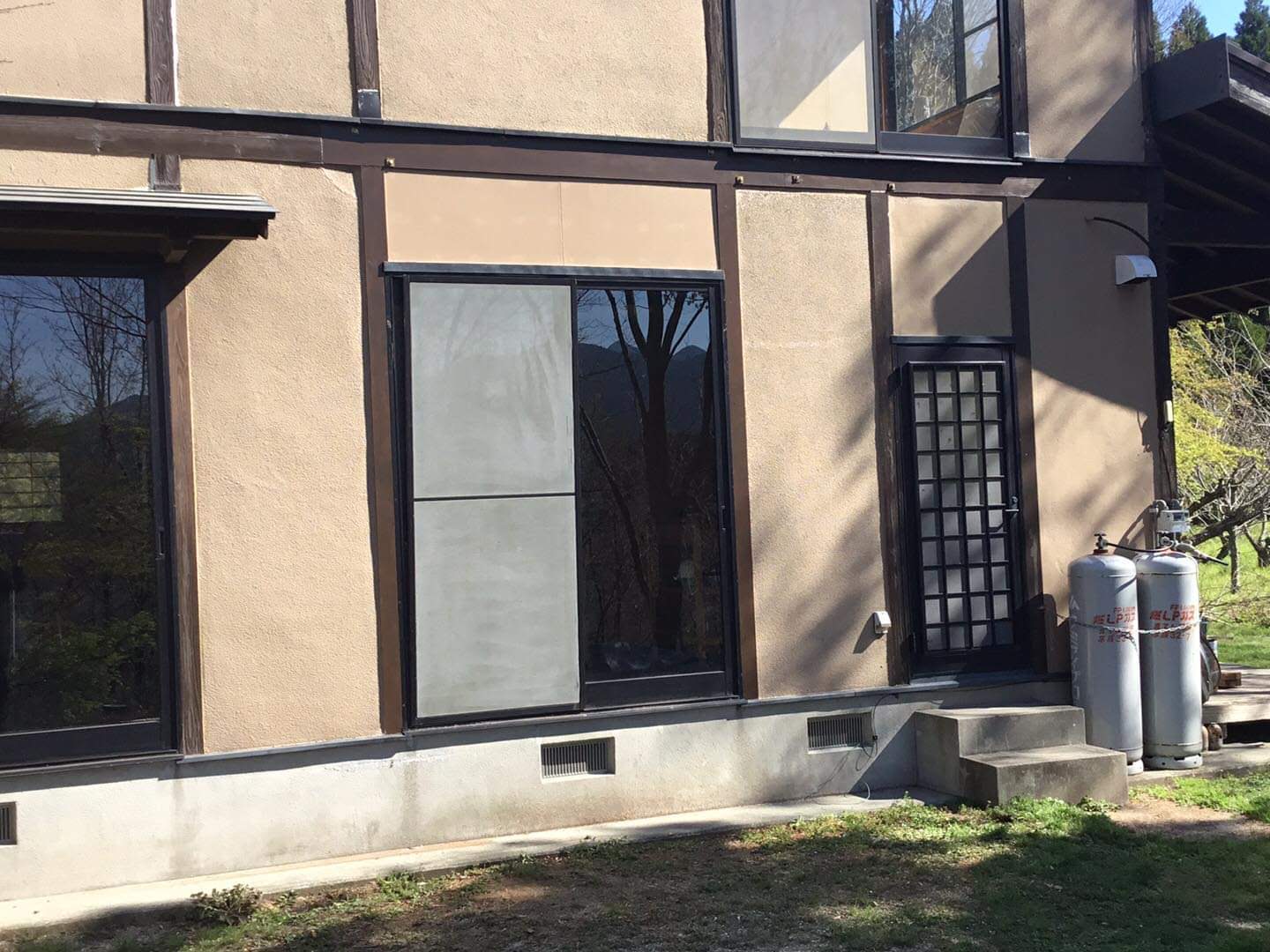 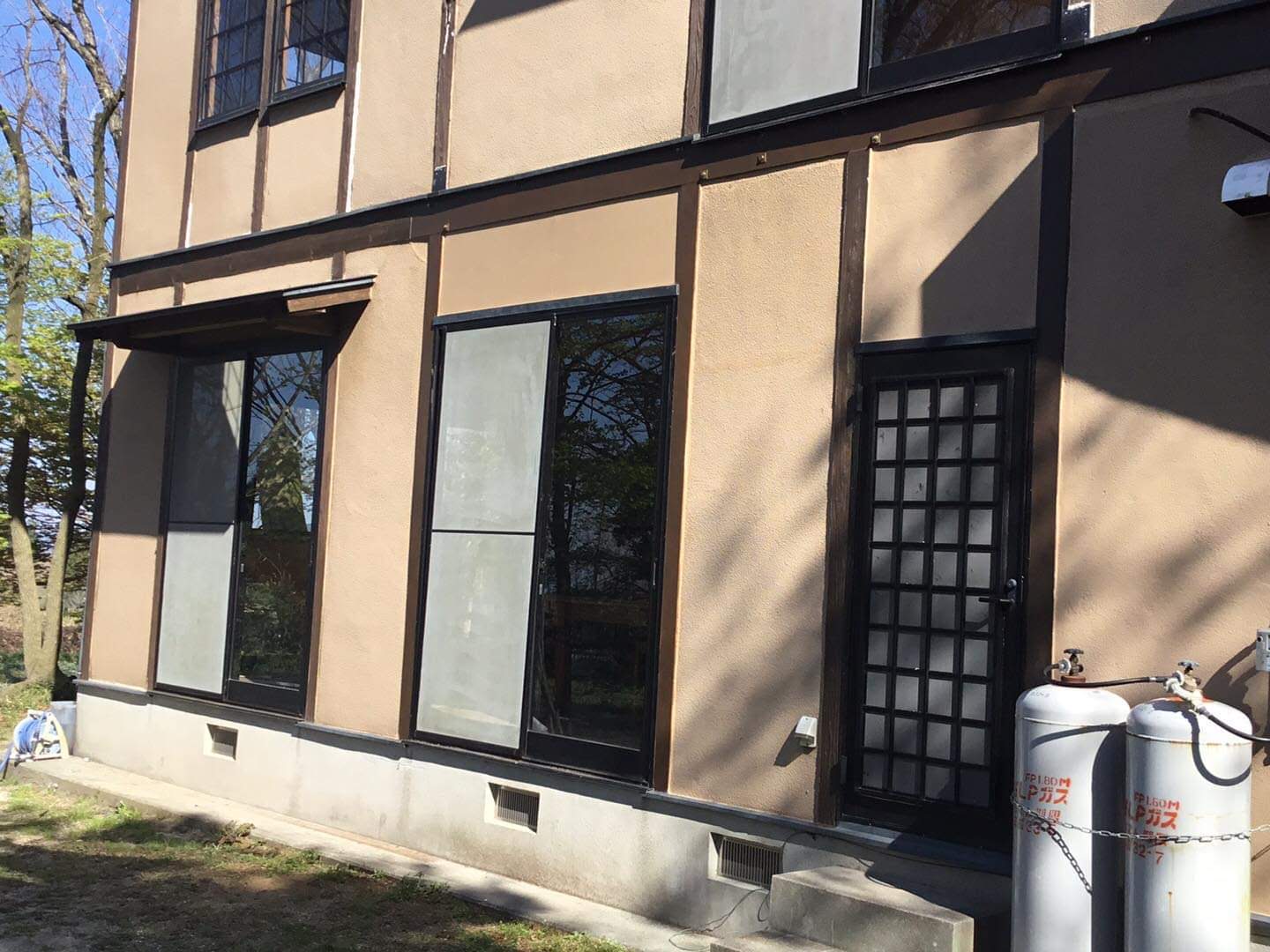 great job!
Oh and I LOVE your dining/kitchen table.
Top

I took the liberty of posting your links in as pictures, hope you don't mind.
Top

I took the liberty of posting your links in as pictures, hope you don't mind.

Not at all, thanks!
Top

They did a really good job of blending it in to the existing work. Nice to see craftsmen that are cool with replacing damaged sections rather than just replacing a whole wall.
Top

Looks good and they gave you a great price. Older Japanese craftsmen know what they’re doing (for the most part) and can do things besides their main job (carpenter, electrician, etc.).

It looks like there might have once been a wood deck attached to the beam above that door. Things like that allow water to wash back up against the house and also prevents things from drying out.
Top

Tora wrote: ↑
Wed Aug 26, 2020 7:56 am
Looks good and they gave you a great price. Older Japanese craftsmen know what they’re doing (for the most part) and can do things besides their main job (carpenter, electrician, etc.).

It looks like there might have once been a wood deck attached to the beam above that door. Things like that allow water to wash back up against the house and also prevents things from drying out.

Spot on. Previous owners had a veranda there, and just let it rot....
Top
12 posts