A forum for DIY, cars, pets and all things related to home life
32 posts

Dog owners of Japansimplelife I need some advice/help.

We have a 4 month (maybe 5 the previous owners weren't exactly sure when it was born for some weird reason) old German Shepherd/Corgi mix that we've had for 2 months now that cries when we are working in the fields away from him or go out of his sight around the house.
The other week we were in the front tanbo binding up the wara kindly given to use by a farmer and Chewie (our dog not the farmer) cried for near enough 2 hours straight.

Now whenever he cries I haven't made the mistake of giving him attention or treating him to snacks when we come back as apparently that only encourages it. And I give him plenty of walks and play with him whenever I'm outside so I know that he's not lacking attention or bored because I pet that fucker like there is no tomorrow.
And when we leave the house by car he's silent and doesn't bark or anything so he knows we are returning and being alone doesn't seem to bother him, it's just when we are in the same area but he can't reach us is cries.

All the videos on Youtube seem to be the same unhelpful waffle filled bullshit that don't actually seem to help and pretty much give the same 5 reason why your dog is crying, so I've given up on those.

Anyone here have any experiencing with their dogs constantly crying and managed to stop it? 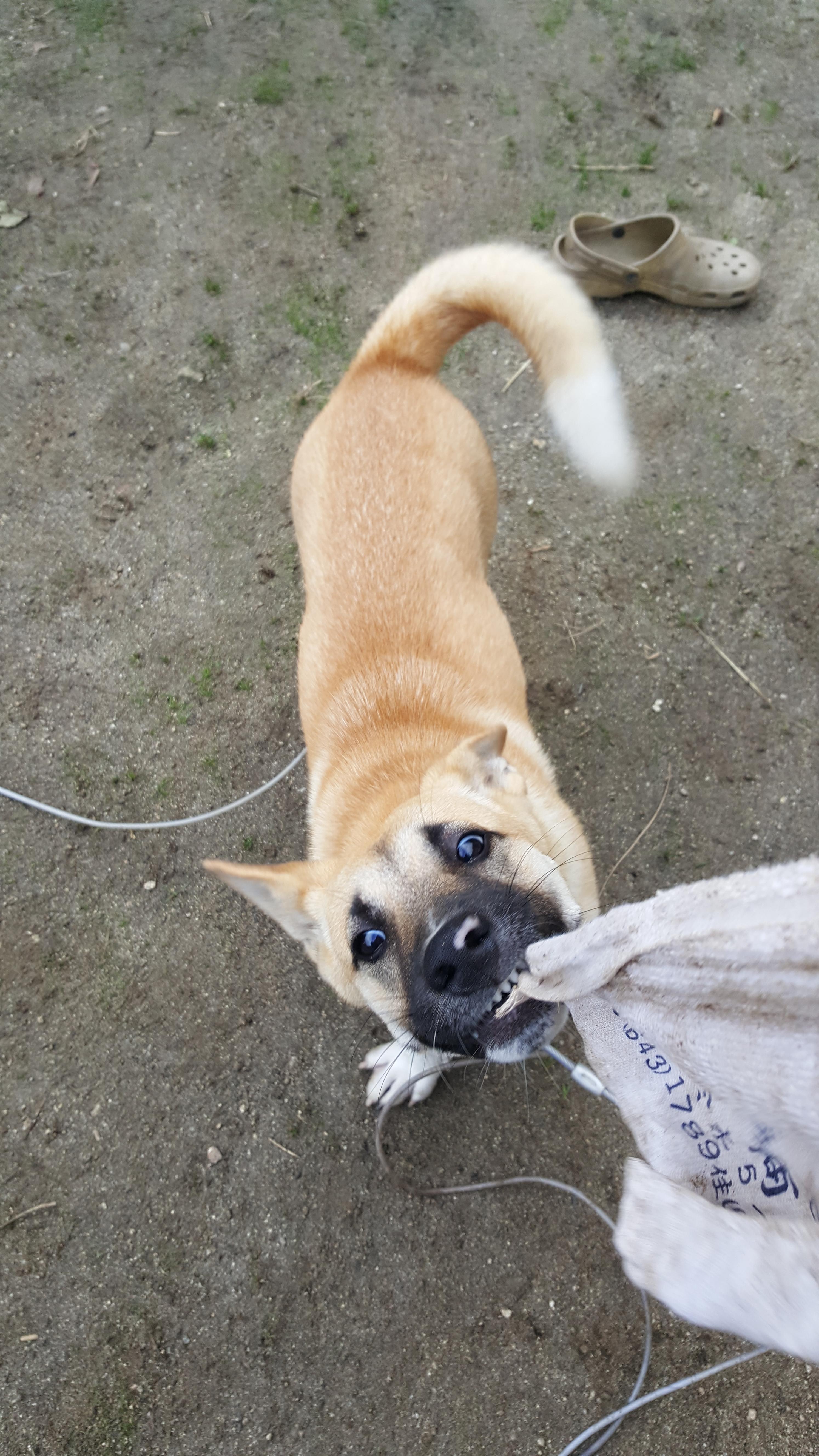 I write a load of bollocks, don't take me seriously.
Top

you need to give your dog something really interesting to do just before you leave.
One of the best things for this is a Kong which you can pack with peanutbutter and dog food.

you will have to do practice runs, first giving him the kong and when he is engaged enough leave the room and do something in the next room (or area/shed aka out of site but nearby if he is an outdoor dog)
At first make the leaving time short, like 5 minutes. Work your way up from there.
Eventually he will be relaxed and look forward to the kong and not fret about you leaving.

you can get a kong here

You can later work your way to a kong wobbler or a large.

I know it's amazing lol, he's basically German Shepherd shaped with stumpy legs and smaller than a regular German Shepherd overall.
Still can't believe they were going to abandon him somewhere, he's such a lovable affectionate dog.

Thanks for the advice I'm going to order one of those Kongs right now!!
I'm guessing after a while I won't need to fill the Kong up with food when he's relaxed enough or is it best to just keep doing it?

I write a load of bollocks, don't take me seriously.
Top

Funnily enough I was going to ask the exact same question

Lovely dog man, he looks really friendly and lively, your cat seems to like him as well

I'm guessing after a while I won't need to fill the Kong up with food when he's relaxed enough or is it best to just keep doing it?

best to keep doing it. the wobbler is good for later when he is more relaxed and sees you going to the fields as being his time to do his kong job.
You don't need peanut butter but put dried dog food inside and he has to roll it around to get the treats out. So its a job for him.
The peanut butter plus dried food in the original kong is to get him hooked.
It takes quite a bit of effort to clean it out.

he is young enough and energetic enough that it won't impact on his weight.
Top

Thanks again for the Kong suggestion, Chewie seems to like it, I'm surprised at how small it was.
Hopefully he doesn't decide to just bury the thing later on like the rest of his treats.
I write a load of bollocks, don't take me seriously.
Top

you need to take it away from him when you get back to the house.
he needs to associate the good times with the kong only with you going to the fields and forget his anxiety.
Top

Roger that
I write a load of bollocks, don't take me seriously.
Top

Cute pup!
I'm agreeing with the kong, but also I would check your butcher for raw bones. For my boy, I buy the big beef bones at the butcher (they cost next to nothing) and I give one to my dog when I need to work outside and not be bothered. When he has a bone, he doesn't make a peep, and it's actually hard to bring him back in once he has one!
Top
32 posts