A forum for DIY, cars, pets and all things related to home life
23 posts

We now own a Corgi/Labrador mix because the same owners didn't learn their lesson with Chewie and others before it and their Corgi became pregnant again.
The crazy thing about this new dog (named it Indiana or Indy for short) is that it always wants to be hugged and held, it's so friendly, I don't think the previous owners gave it any attention which is sad and the Ojisan said he kicked it once because it was too energetic.
Stupid fucker.

Bye bye money, I hardly knew thee.
Smoke me a kipper, I'll be back for breakfast.
Top

I'm gonna answer this tomorrow morning as if I answer tonight it's going to be a kill them all type of answer.
Top

On top of that this morning we found a cat that had just been hit by a car right on the exit of our road leading out to our place, the cunt who hit it probably just drove off without even checking it. So me and my wife took it to the vets to save it, after a quick look by the vet he suggested we take it home to let it heal and then release it when it's better. It died while we were out

And then while we were buying rice today from a local farmer the black Labrador they have got hit by some car at some point and again whoever the souless fuckwit who hit it just fucked off and didn't say anything leaving the owner with a vet bill of 370000円.

There are some right cunts here. What. The. Fuck.

Anyway here's Indy to not make this post completely depressing. 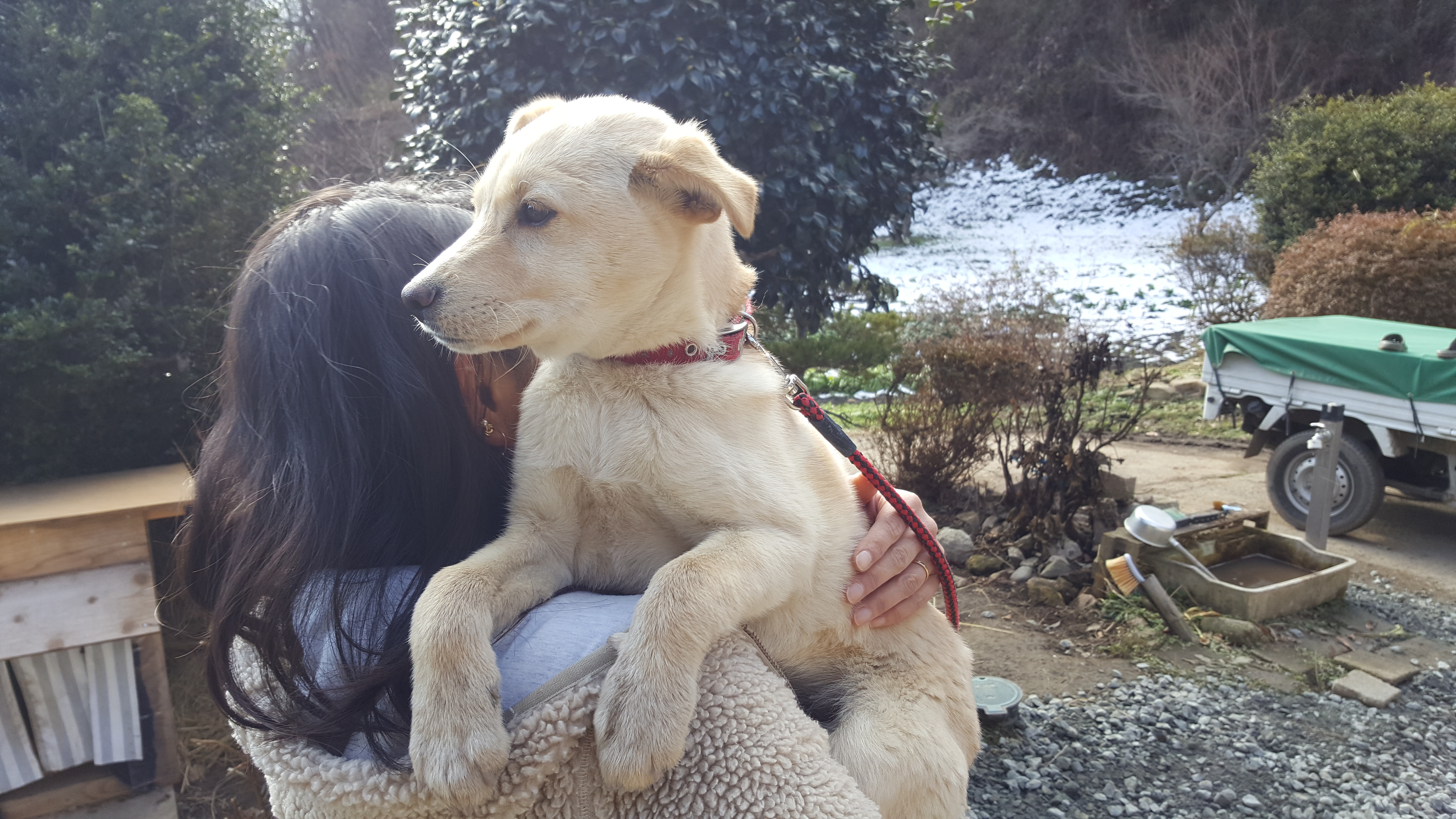 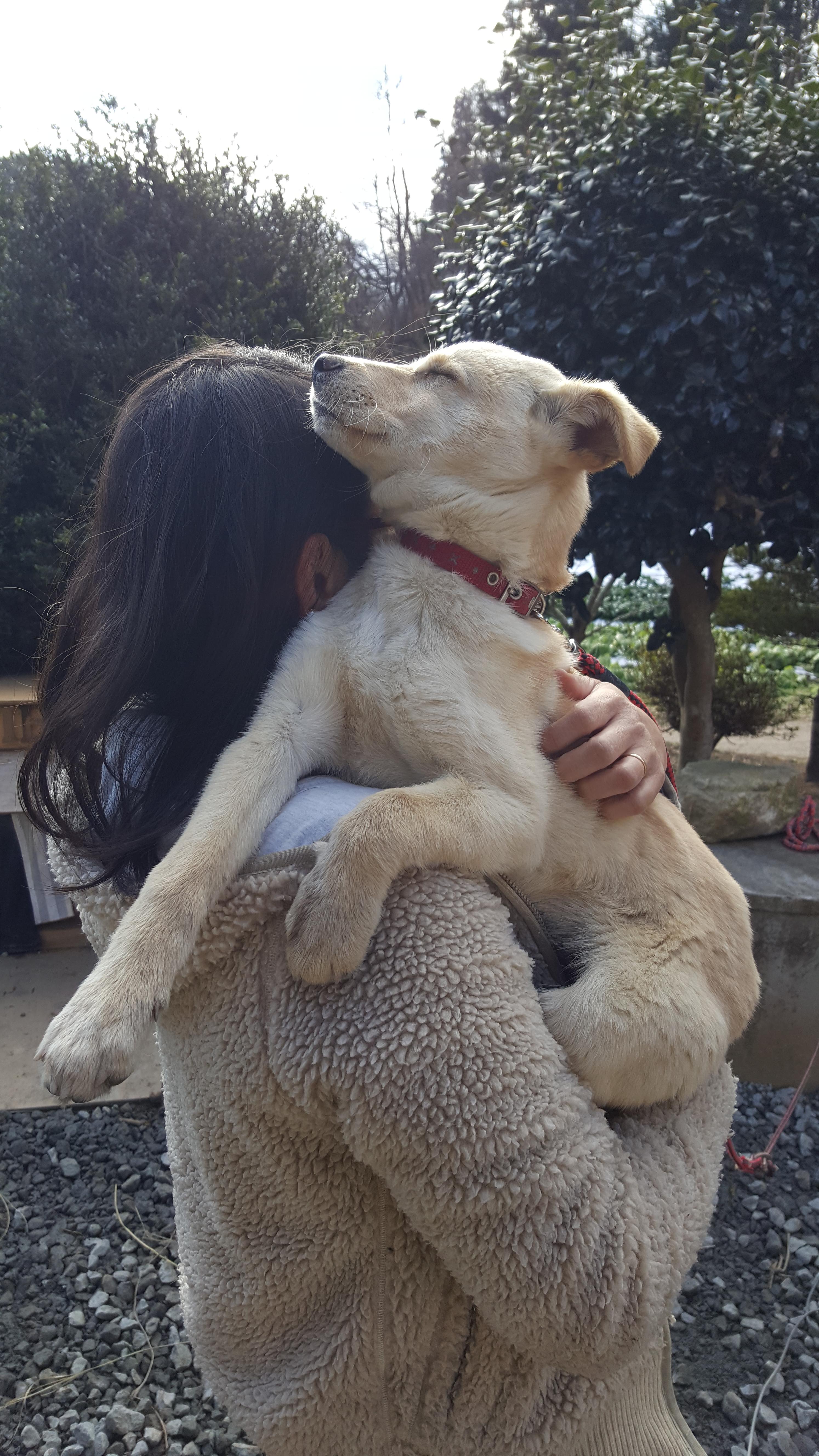 Smoke me a kipper, I'll be back for breakfast.
Top

Japanese are quite callous when hitting animals on the road. I won't start in on the subject because i will probably self combust..

But that poor corgi.. she must be a right slattern .. because I still can't see how a german shepherd and now a labrador diddled her.. She HAS to have stood on a chair or something.
I hope to Christ they don't have a great dane or god forbid a mastiff or that corgi is going to explode.

They should just bloodywell neuter their dogs
Top

Man your dog looks so happy in those pictures.

It is quite depressing how callous folk can be towards animals at times and I still don't understand why neutering isn't more widespread, our city will even chip in to lower the cost of having an animal spayed.
Top

I wonder why people don't do it, is it laziness, the cost or just worried about their doggy getting the operation in general? When we got our cat done she looked really bad, her belly area just looked like a zip with the stitches.

This Corgi is definitely the local bicycle for the dogs in that area, everyone has had a ride by the sounds of it.
Just had a google of a Great Dane Corgi mix, they look way more manageable than a regular one.

Just wondering if it's also a Japanese thing to not take ownership of an accident? Because some twat who was helping building the new greenhouse for the new lot of chickens backed up into the garage doors and dislodged them, I saw him just casually kick them down to make it looked like they were closed and then walked away without saying anything or actually trying to fix it.
So while I'm hammering away at the doors to get them back in the rails he comes and says "is the car in the way?".
No motherfucker I'm not trying to get something out, I'm just fixing the doors you fucked up.
Smoke me a kipper, I'll be back for breakfast.
Top

There is no penalty for hitting an animal, even if it is someone's pet.
I think when it is pretty obvious that the animal belongs to someone, even more than ever, they don't stop, because of the taking responsibility and all the bowing and gifting it entails.

The Animal Cruelty Law (which is not that great anyway) which was originally 1973 Act on Welfare and Management of Animals, was basically a crime to kill, injure, or inflict cruelty on animals without due cause. (whatever that means) and laid out the basic care needed for the welfare of an animal which didn't go much beyond food and water, whether regularly given or not. And even then, it was rarely enforced. The law was ratified in 2012 to put in place some very vague restrictions for selling dogs and cats, measures for animal welfare during disasters define animal abuse slightly more but still quite vague leaving things very open to interpretation.
Even now it is pretty much not enforced unless a LOT of outside pressure is brought on the municipality and the authorities by the media, especially foreign media.

Act on Welfare and Management of Animals

About neutering, most see it as an unnecessary expense. Even though most municipalities have neuter subsidies, people are unaware of them. Vets themselves do not recommend it and only do it when the owner asks. This is because of pressure by drug companies who make the vaccines and heartworm medicine (which is ridiculously expensive in Japan).
About your cat, your vet might not be that good, because normally there is just a 5cm ish small incision that is stitched with dissolving sutures and covered with a semi transparent skin bandaid thingie.

It is only perhaps in the last 15 years or so that small shelters and rehoming efforts have started to become a thing.

This is a country who believes ppl like Masanori Hata (Mutsugoro Animal Kingdom dude) is an animal lover and animal rights activist, when he is, excuse my french .. a right cunt. This is the dude that killed and injured over dozens of kittens and puppies to make his movie The Adventures of Milo and Otis (Chatran). He is beloved in Japan. If you watch the Japanese version and the western version of the movie, you will realise how much animal abuse actually took place. A lot of scenes had to be cut to make the movie acceptable for Western consumption. But it is one of the most loved animal movies in Japan.

I think I had better get off my soapbox before I end up upsetting myself (and whoever is reading) any more.
Top

That film The Adventures of Milo and Otis. God damn I've never heard of it before.
I just had a quick look on youtube and there is a scene with a cat in a box floating along a quick running river and down a little waterfall!! And a deleted scene of a cat falling from a cliff and a dog playing with a Bear cub??!! What in the fuck??!

Apparently not from what you mentioned :/ Her stomach honestly looked like the zipper from my biker jacket.
Smoke me a kipper, I'll be back for breakfast.
Top

Apparently not from what you mentioned :/ Her stomach honestly looked like the zipper from my biker jacket.

Your vet is probably older and one of the old school who uses staples and cat gut sutures. This ensures multiple post op visits which generate more money instead of one post op to check that all is ok 2 or 3 weeks after the operation.
A little like Japanese dentists.. make their money by chinese water torture methods.
Top

@DocDoesFarming word to the wise from another poor animal lover, get pet insurance now while they are young.
We nearly put ourselves in the poor house in the last few years of our cat's life. She lived to 21 years (that I know of as I picked her up on Bantan expressway after seeing someone throw her out of a moving car.)

In the end she wouldn't drink water but only mon petit chicken soup, about 5 to 10 of them a day @ 70 yen a pop. One can't say no. We had to have her euthanized this last January. Luckily our vet could come to the house and see to her, making it a little less stressful .. not by much but.

At the moment, for the first time ever, we are without pets. The house is strangely quiet and strangely clean lol.

All of my pets, cats and dogs, in Japan have been rescues. All with their own peculiar little problems.
Top
23 posts