Finding land, working a small plot or anything else countryside related
124 posts

I'd go with an electric fence on the outside maybe a metre or so from the edge of the tunnel. Keep part of the roof covered with plastic sheeting or it will turn into a swamp come the rainy season and summer but have plenty of netting on the side for ventilation then. You'd need to monitor temperatures and maybe have shade netting over it in the summer but all in all looks pretty good.

We plan on using that white plastic sheeting cover for the roof so hopefully that will keep the temperature down during the summer time, also hopefully the roof might be able to open up so I can let air in although I'll need to but something there to stop anything trying to enter.
Once I actually get the house (someone mentioned there is one available and haven't seen ti yet) I'll be able to plan what we'll do properly.

The electric fence is a good idea.
Smoke me a kipper, I'll be back for breakfast.
Top

Although you need an ordinary fence of some kind critters will eventually figure out a way over, around or through it. Hakubishin will dig under, Raccoons will go over or Innoshishi can just push it over with time or numbers. However none of them will tackle an electric fence more than once or twice.

You need to site the wires at about nose height for the creatures you want to defend against so they can sniff the wire when they first encounter it. 10,000v delivered to a curious wet nose is a powerful deterrent and will quell their curiosity pretty swiftly but as the amperage is low it won't cause any harm.

When choosing an energiser I'd recommend going for a foreign unit rather than one of the Japanese ones available in home centres, they are far better constructed, have better option and will last a lot longer. Farmage sell Stafix energisers and I'd personally recommend the XS range as being the most flexible. You can connect them to a deep cycle battery until you can run a mains cable to it or you can hook up a solar panel to keep the battery topped up. Don't bother with the AN series, it's under powered and too limited same goes for the one with the built in solar panel. Buy a bigger one than you need to allow for future expansion.

A word of caution if you do order the energiser from abroad, I originally bought a solar powered unit with internal battery from the States and it worked well until I had to replace the battery after 2 years. The shipping costs on a new lead acid battery was more than the unit cost initially and that would have needed replacing every 2 years. Unfortunately you can't get the exact same size deep cycle battery here so I had to run it with the battery outside the box that led to all sorts of problems and if the unit needs servicing then you have to pay the return postage which can end up making the unit cost ineffective over buying one here.

You can buy wire from your local home centre and probably insulators too and most likely they will stock gate handles. You'll legally need a warning sign. A fence tester is probably worth having for easy checking from time to time.
Top

Your town might have a subsidy (hojokin 補助金)for electric fencing. Ours pays for half the cost up to a certain amount.
Top

So it looks like I'm getting a free house tomorrow, although before I start setting that up I still need to sort out the back area as there's loads of garbage from the house or shed that used to be there before in the ground, need to get hold of some sort of digger. Also I should get the trees cut down as it will be easier to move them without a house in the way.
Smoke me a kipper, I'll be back for breakfast.
Top

You may find it cheaper to buy a second hand yunbo and then sell it after use. The reason being the second hand value doesn't change much after use, also many hire companies won't lease one if you don't have a yunbo license even though it's not needed for use on private land. Or you may find a neighbour that has a yunbo and is willing to do a few days work for a reasonable price.
Top

I was told exactly the same thing when I was levelling our land. In the end I couldn’t be bothered and just did it by hand but regretted every moment I didn’t hire a yunbo. On the other hand my arms and shoulders are now hard as rock, as I tell everyone I meet.
Top

The yunbo we got loaned was pretty old and had to have a little rest every 30 minutes to let the engine cool down but it was incredibly good fun. Mrs Nouka quickly mastered operating it and soon enough was inseparable from it. Zasso,
Your wife is COOL!
Top

Thank you so much, I'll pass that on to her. Mrs Nouka is also a dab hand at felling trees 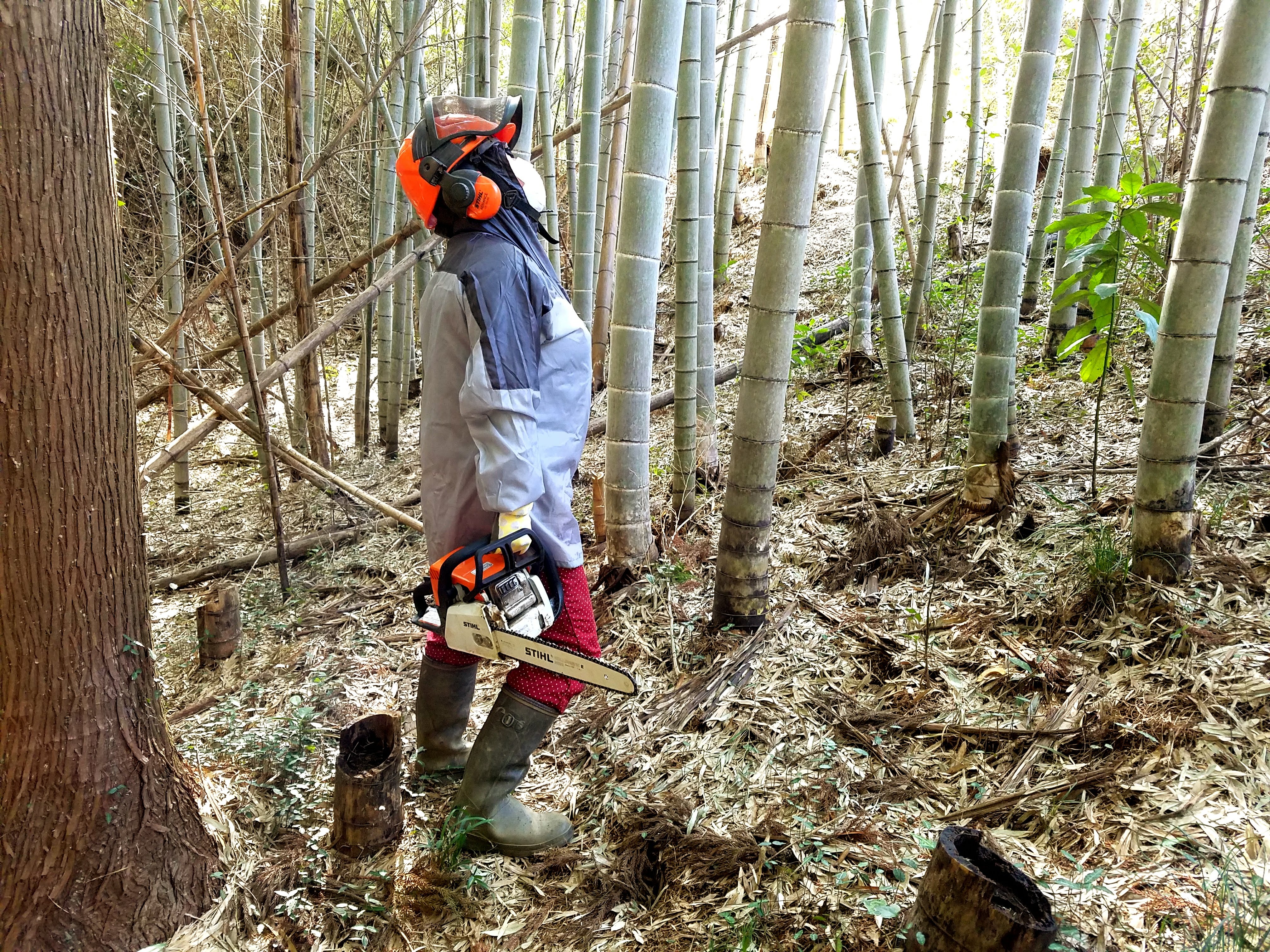 And chopping them up for firewood 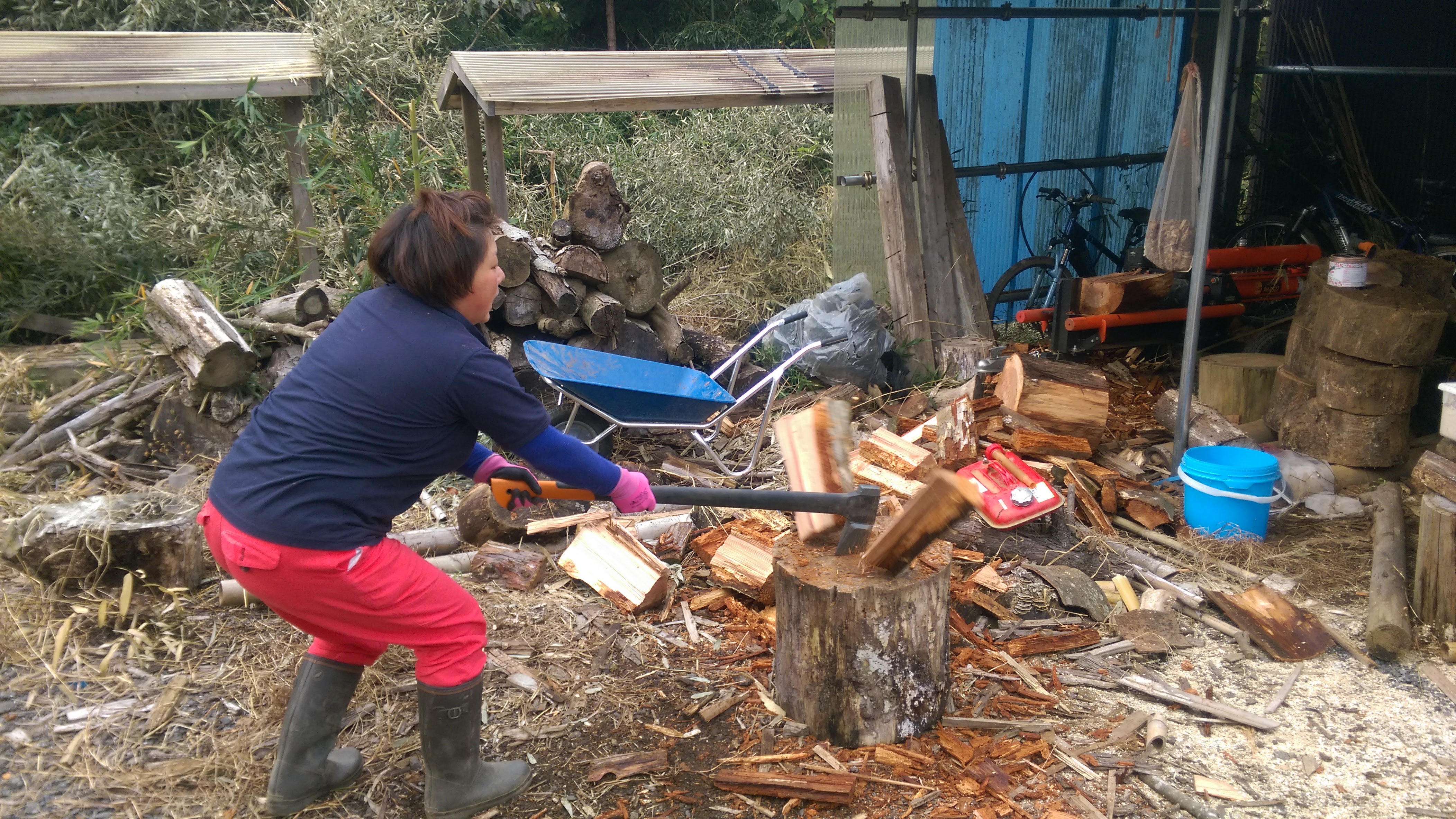 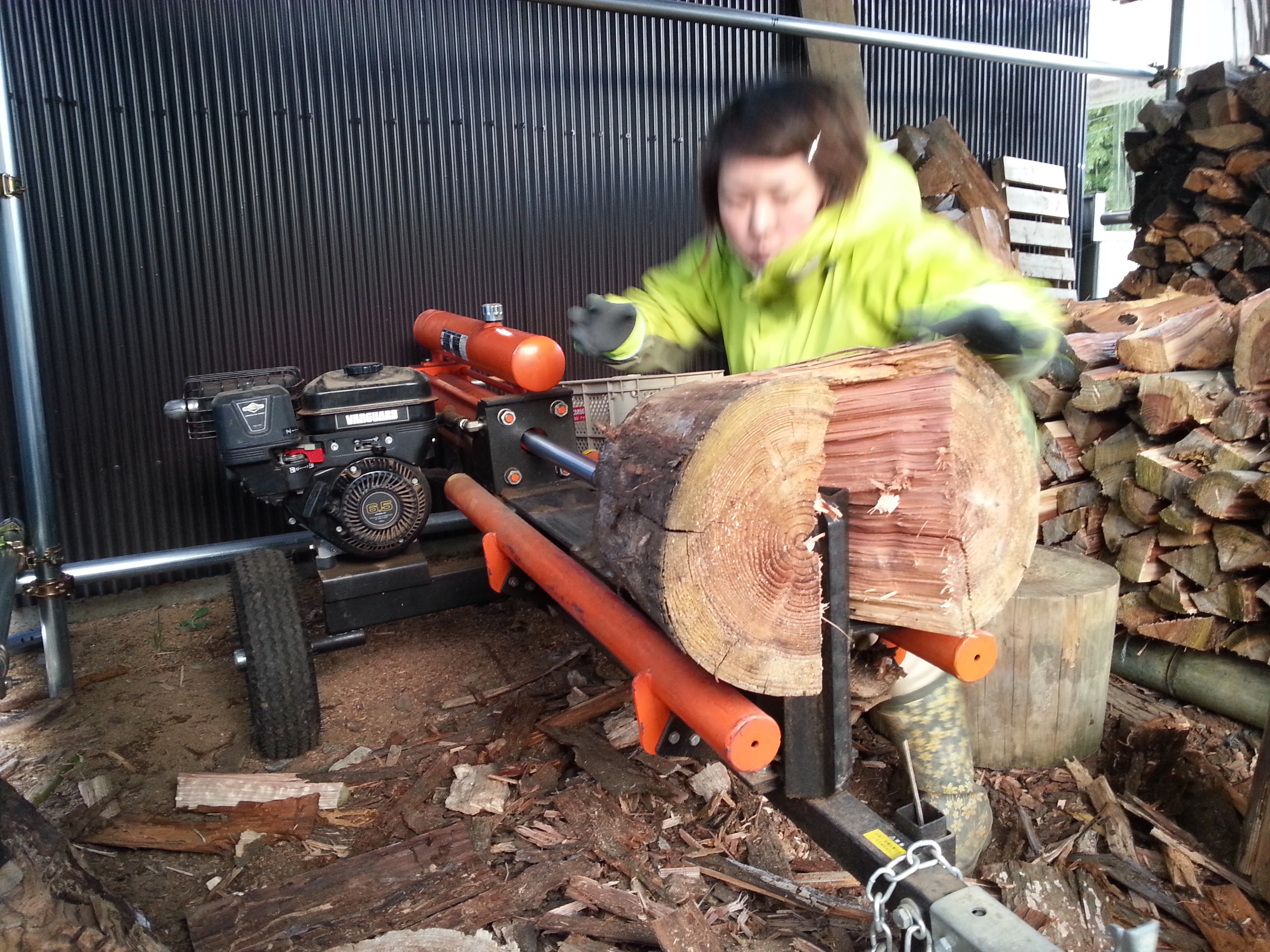